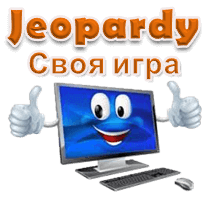 Are you a book worm?
Literature quiz 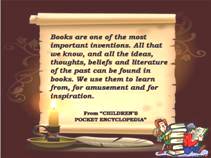 Task 1
Read the text below and mark the facts as True or False.

Russians call it the Mendeleev periodic table, while in other countries people drop the name of the Russian chemist Dmitry Mendeleev – the scientist who came up with the concept that atomic weights of elements largely predetermine their physical and chemical properties. In the anticipation of an anniversary of this discovery (1869-1870), we decided to find out more interesting facts from the director of the Joint Institute of Nuclear Research, who kindly agreed to answer our questions.
Can you tell us about the history of this discovery and its importance nowadays?
It’s amazing but Mendeleev based his classification on 63 elements only, of which just 48 had atomic weights precisely determined at that time. Others had not been studied thoroughly. His first table was put on a sheet of paper with some gaps for unknown elements and he corrected the atomic weights for the elements which he thought were incorrect. All the missing elements were discovered later and all the atomic weights he thought wrong proved to be as he predicted! Now we are working on discovering the 119th of the Mendeleev table and there seems to be no limit. One of the elements discovered recently is named after Mendeleev.
Were there any attempts to classify elements before and after his discovery?
Yes, just a few. The earliest was based on two large groups of acid-forming and base-forming elements. However, this broad classification proved inadequate. The second made a distinction between metals and non-metals. But it turned out to be inconsistent. The German chemist Lothar Meyer put forward similar proposals shortly after Mendeleev, but criticized Mendeleev’s predictions of incorrect atomic weights of some elements.
Can the Mendeleev periodic table be regarded as a law of nature?
No one can deny that. It has been verified many times decades after Mendeleev’s death in 1907. Now it’s as valuable as the work of Copernicus in astronomy or Einstein’s theory of relativity.
Was Mendeleev nominated for a Nobel prize?
Yes, three times – in 1905, 1906, 1907. Unfortunately, he failed to get a prize due to the long time that had passed since his discovery and the time when Nobel prizes were first introduced in 1901.

Task 2
For questions (1-6), read the following text and then choose from the list given below the best phrase to fill each of the numbered spaces. Each correct phrase may only be used once. Some of the suggested answers do not fit at all.
There is an example for you (0 ↔ which always deprives them of some sleep).

A Good Night
Sleeping less than six and a half hours a night is not good for you, warned the American National Sleep Foundation recently. With supreme irony, the warning came just as people in the US, in the interests of daylight saving, were about to put their clocks forward one hour, (0) _______ . The Foundation’s latest research shows that eight hours’ sleep is optimal for good health. The problem is that these days, some people seem to regard sleep as slothful and unproductive, a view encouraged by innovations like the Internet, (1) _______ long after other sources of information are inactive. Actually, one could go further back in time and blame the invention of the light bulb, (2) _______. People slept on average nine hours a night before the arrival of electricity, (3) _______. For sleep is not equivalent to switching off your computer. In sleep important things still happen, things (4) _______. Sleep reduces the body’s metabolic rate by up to 20 per cent, representing a great saving in energy, and the amount of oxygen (5) _______ also falls dramatically, as does our body temperature to a lesser extent. And during sleep the body releases growth hormone, (6) _______.